Labels
Posted by the Management Team of TS Hawkins 14 December

Bliss protected emotions in tornadoes of doubt
Ignorance shielded by a smidgen of hallucinated reality
Now, the present suffers
Gift wrapped in flustered hurricanes
Making earthquakes lay sturdy pipelines
To the lifeline’s sub-consciousness
you were released
DeceasedYet, still leashed in the WILL power of attorney
Inked fallacies of togetherness
Brailing harlequin tales in legality
Tactilely misrepresenting the union that never could
Left to deal with updates untouched by your quill
WILL it ever end?
Who knew death was the new beginning for life decisions
Labels: Eros 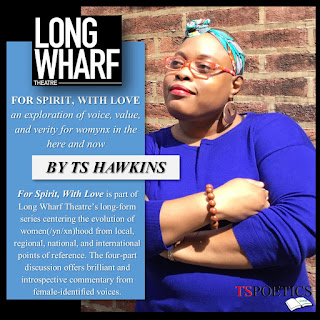 Posted by the Management Team of TS Hawkins 04 August

News: "For Spirit, With Love: an exploration of voice, value, and verity for womynx in the here and now" by TS Hawkins